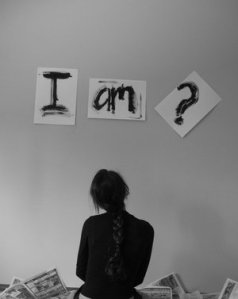 I’ve been thinking a lot lately about the apparently common experience of trans* people (of binary and non-binary varieties) doubting their genders, or whether they are “really” trans. To some extent, I think that this is something people can be afraid to talk about, because unless you fit the story of knowing since you were a child that you were in the “wrong body” you run the risk of having all the cis people in your life doubt, and thus feel like they can disrespect, your identity, or ignore your transition of stated preferences around your name and pronouns. If you’re not sure, how can anyone else be?

But I actually think that one of the roots of this doubt is very simple. Trans people have lived their entire lives surrounded by people and embedded in a society that is heavily invested in gaslighting them about their gender. Our entire lives, people have insisted to us that our sense of ourselves is wrong (starting from before we even really have a sense of ourselves or who we are in society). Of course we are confused and doubtful! We have been trained from birth to think of *ourselves* as something we are not.

And even after trans* people come out, our identities are often policed in really unfair ways that cis people’s identities are not. Trans* people who do not fit the stereotypes of “woman” or “man” (or genderqueer people who aren’t all androgynous all the time) are doubted and questioned to a much greater degree than cis folks ever have to deal with. Everyone is gender policed, and deals with being told they are doing their gender wrong, but cis people are far and away less likely to be told that they are just plain wrong about their gender. We are told we are wrong in many ways, explicit and implicit, all the time.

So, of course my internal monologue sometimes slips up and I misgender myself. It doesn’t mean I’m not genderqueer. It means that I am digging myself out of years of (well-, or at least neutrally-, intentioned) brainwashing.

And that’s not easy. Sometimes it’s very, very hard. Often it’s plain exhausting. And sometimes I wish I didn’t have to do it, and I think about just accepting a female designation and going back to the way things used to be.

Except I also know that I don’t want that, that being referred to in female terms makes me squirmy and uncomfortable, it makes me feel like people are talking about someone standing right behind, like they aren’t even seeing me, they’re seeing some idea of a person that they have constructed who just simply isn’t me.

And so I can’t. It’s not a choice. It’s who I am, and it’s how I need to be in the world in order to feel like I am me and to feel seen. The fact that I sometimes find myself doubting that or wishing it wasn’t so does nothing to change that fundamental truth.

And maybe now that I’ve written it down, I’ll actually believe it?

Also, seriously y’all, if you’re not already reading Matt Kailey’s Tranifesto, you should get on that. He is so incredibly, beautifully sensitive, thoughtful, and fucking real in his answers to people’s questions.